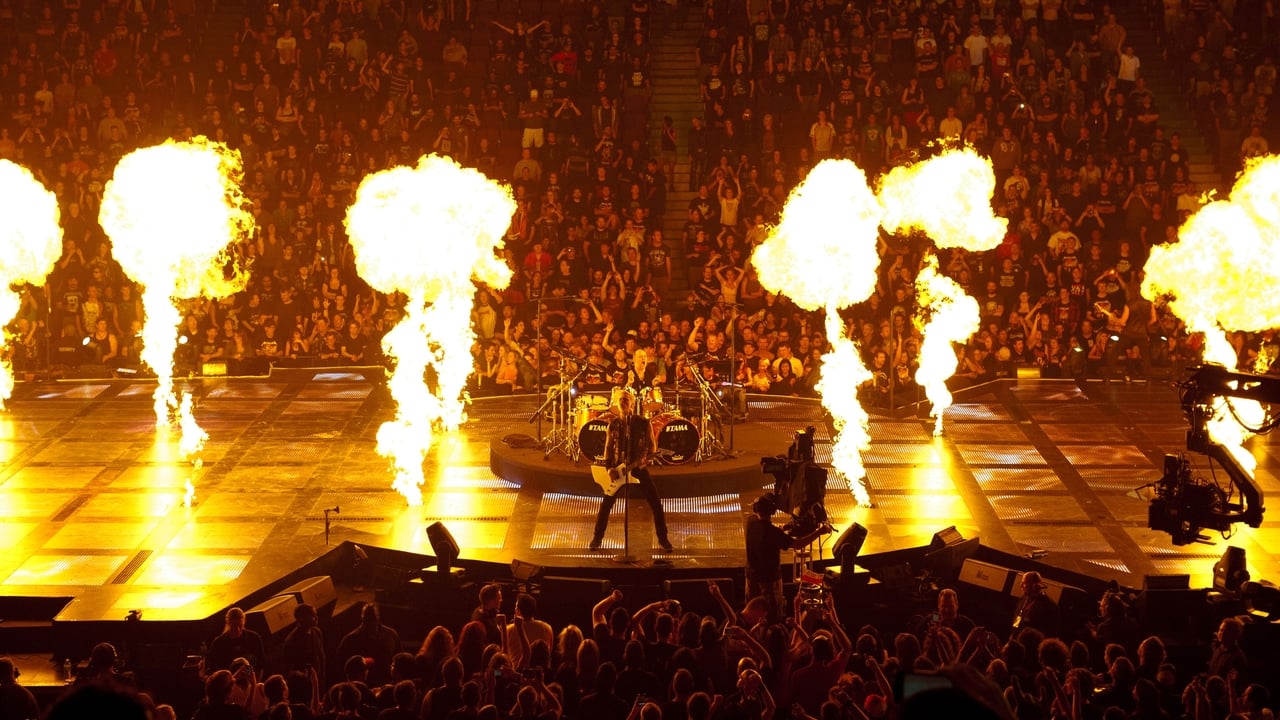 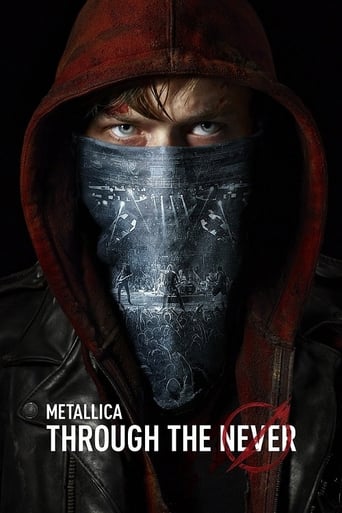 Trip, a young roadie for Metallica, is sent on an urgent mission during the band's show. But what seems like a simple assignment turns into a surreal adventure.

The Worst Film Ever

It's funny watching the elements come together in this complicated scam. On one hand, the set-up isn't quite as complex as it seems, but there's an easy sense of fun in every exchange.

This is one of the few movies I've ever seen where the whole audience broke into spontaneous, loud applause a third of the way in.

This film was released theatrically in IMAX 3D, just as it was intended to be seen. Unfortunately, I was unable to see it in that form and had to settle for the DVD. I still enjoyed it, however, but know it only would have been that much better to see theatrically.Metallica Through the Never is a very original film that is enjoyable throughout and doesn't require a lot of thinking. But it was not quite what I was expecting. The trailer for the film shows a roadie for the band going on a wild, action-packed adventure while the band plays a show elsewhere. The trailer is heavily narrated by the roadie and gave me the impression that his story would comprise a good half—if not the majority—of the film, while also giving a clear indication that Metallica's performance would play a large role.However, the roadie's story—which is intercut with the band's performance—feels like it only takes up a total of about ten minutes, with the rest being devoted to Metallica rocking. I got the feeling that the original intention was for it to take up more of the running time but things didn't work out that way. Additionally, the roadie's scenes contain almost zero dialogue and absolutely no narration. His adventure doesn't make a whole lot of sense, either. Or, at the very least, it is wide open for interpretation.None of these are bad things. They're just different from what I'd expected. I don't know if they recorded the narration just for the trailer or chose to cut it from the film, but I'm glad it was not included. The movie if far better without it. The audio from Metallica's performance plays seamlessly through the adventure and it always sounds great. While it may not make a whole lot of sense, it's immensely fun to watch, and if you're a Metallica fan you shouldn't be disappointed when it switches back to showing the band on stage. If you're not a fan, this probably isn't the film for you.One of my main concerns before watching this movie was the choice of songs. Somehow I'd gotten the idea that it would be more heavily focused on the band's more recent material, as if they were trying to market that stuff. I don't hate their new stuff, but I'm a fan of the classics. Fortunately, I was mistaken. The band plays songs from throughout its career and all but one or two of them were from the days when the year started with a one.I went to a concert not too long ago at a stadium. The band was not Metallica, but they were just as big and they had a lot of fancy special effects and screens showing images that went along with the music. I remember thinking it was all kind of neat and different in a way, but didn't really make the whole experience that much better. It was just a lot of superfluous flashiness. Well the same kinds of effects were used by Metallica in the concert footage shot for this film, including upward-facing screens on the stage floor. But here they are done right. They are shown and edited together in such a perfect way that it absolutely makes the music and the overall experience better, especially when they introduce "One."It's a feast for the eyes and for the ears. It is absolutely never boring. As a matter of fact, it may be the least boring film I've seen in years. Every nanosecond is insane and it doesn't drag on for one second too long. The ending is great too, both musically and from a story standpoint. The two work together to give the viewer a great feeling and a wonderful experience. Even though the story is somewhat ambiguous, it still wraps up nicely in its own way. We see everything we need to see. This is the kind of movie I could watch over and over again and never get sick of it.And the roadie's adventure includes numerous references to the band's songs that fans should enjoy. Even during the performance scenes there a couple fun, scripted things happening onstage that make the film more exciting and enjoyable. But by and large, it's a concert video with a twist. A concert video alone would be enough, but all the added stuff just makes it better. It's a fun and unique experience that is totally original and not quite like anything I've ever seen before. Metallica fans will love it.

This isn't a movie. It's a live concert marketed in a quick money grubbing way to screw what is left of their fans who are mostly 14 year old kids taking their allowance money the first few years they are into metallic as guitar hero is obsolete. Everything hateful said about this movie is true and more. After lulu, some kind of monster and so forth I'd be ashamed to say I'm a metallic fan. When we are that age and getting into metal they are great but it's like looking back at cartoons we thought were bad ass when we were kids and now laugh at.real bands have made films and they were successful. The wall, anvils documentary, even spinal tap or mark W... (guy in Ted who smokes pot with the bear) movie rock star which is loosely based on Tim ripper owners joining Judas priest. I mean they could have done a story about how they got famous instead of a crappy MTV/VH1 documentary where Scott Ian of anthrax praises you and a bunch of nobodies/rehashed interviews spliced together. But NOPE lets put a live show on and put some useless dialog in that makes no sense. It could have been a never give up and follow your dreams or be yourself sort of story with some loss like cliff which every idiot will mention and focus on their glory days. But nope, lets put a live show in with recent I can't sing any more , i can't drum, i can't solo and who the heck is on bass abilities from the most over rated band in the world that you are ashamed to say that you were a fan of to people if you are over 20-30.so if I was to shoot a movie about metallic. Focus on how they met, hire some actors, write a script.. you know.. a REAL movie. Get some kids who look like early Dave Mustaine , James, Kirk , Lars and Cliff and talk about Dave's departure. Cliffs death and how they persevered (god a metallic fan using 3 syllable word) and finish with Metallica today and some voice over work or whatever. They set the bar Olympic high with some kind of monster so they could have made anything better without trying but NOPE. Please fire kirk, buy James a shopping cart full of booze, get a drum machine and make them all have a tearful apology for releasing load if people go past the credits that will shut the fans up who hate it and st. anger which aren't mentioned in that atrocity.If "metallic" wanted to rob us of our hard earned money bad enough they should have wore ski masks and robbed us instead of spending a multimillion dollar budget. I hate IMDb spell check for not letting me put the bands name so when you see metallic it is that over rated band only kids listen to

I have never seen a concert film before. After watching Through the Never I am not sure whether that statement remains true or not. I have seen snippets of what concerts videos are like and it seems like they are usually just that: videos of concerts shot from different angles. Perhaps a lazy overlay is thrown in every now and then but that's it. Through the Never on the other hand combines an awesome stage performance with a movie, like one very long awesome music video. I think Michael Jackson's Thriller lost its trophy for...whatever that was.Even when it came to the scenes of the concert itself I was not sure how much of it was real. Wiki says that Through the Never uses concert footage from a set of concerts Metallica held in Vancouver. If so, those concerts must have been the most amazing ever. The stage and light effects are breathtakingly good.The use of special effects was especially nice. They were not overused; there was just enough for a few cool scenes. Even though this is a concert film, I feel like this is the amount and quality of special effects that should be used in mainstream movies. Someone from Hollywood should be taking notes.The sound was particularly good. A live recording is often just a washed out incoherent version of the studio recording, but just like in their S&M album, the "live" music in Through the Never is of great quality and the heavy bass of the distorted guitars is Godly. Don't know if that means the music was simply recorded in a studio and then adapted to the stage video and frankly do not care - it's really good.Sadly, no new songs. I am not such a Metallica aficionado that I know their every song, but everything sounded familiar.

For me Metallica was finished on 09-26-1986 When Cliff played his last gig. However I did like the Garage days $5.98 EP. Having said that the concert is polished even though I did not know several songs at all as the last L.P. I bought was Master of Puppets and the last item I ever bought was Cliff 'em All DVD. By no means is this the worst film I have ever seen. For a concert film it is quite good. And as it is as the other Doyle put it its a nice trippy surreal experience. And for me I needed it to make the vapid and jejune music of most songs since Cliff died and James'heart broke tolerable. I would never pay for it in the cinema I watched it at a friends but IMAX 3D would have been superb. All in all it is worth a look even if like me you have not liked them since Master of Puppets. I may even buy it in 3D if its in the Used bin (which I'm sure it will be) at F.Y.E. when I'm in the USA. The direction on the "film" is nice and the cut away's are well placed and well done. And as far as Dave "republican shill" Mustane being the poster who hated itNaww he is too busy counting money and kissing government @$$ to care about this piece of film.

... View More
Similar Movies to Metallica: Through the Never 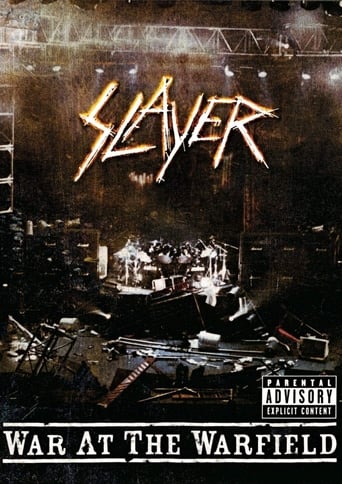 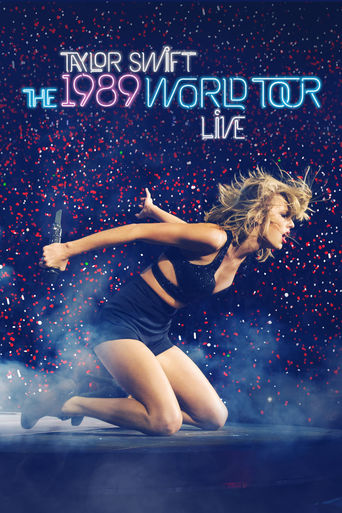 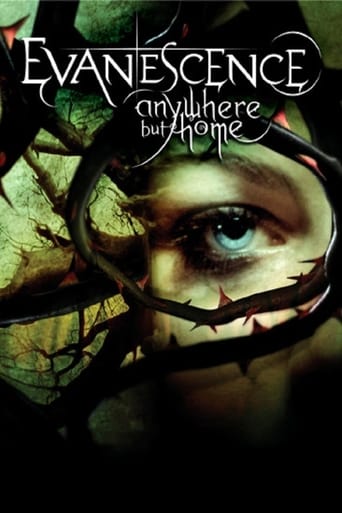 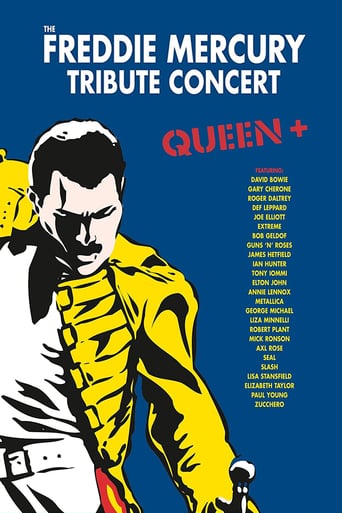 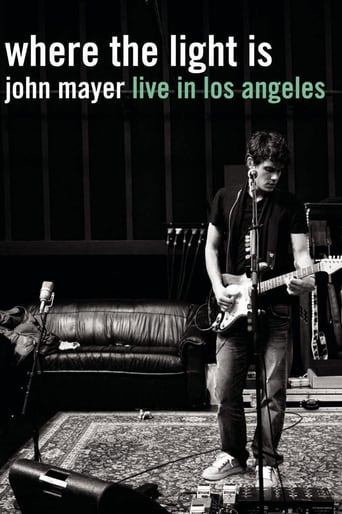 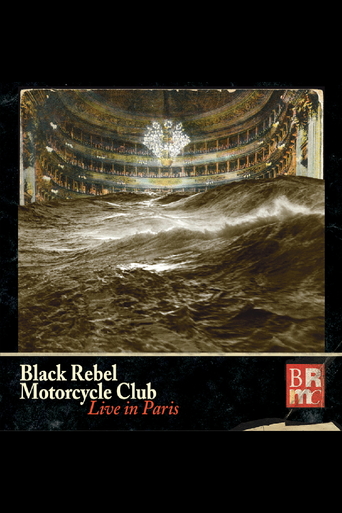 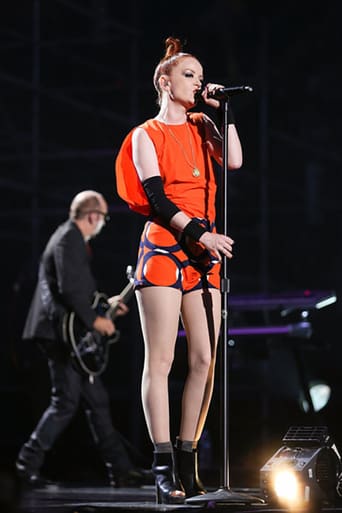 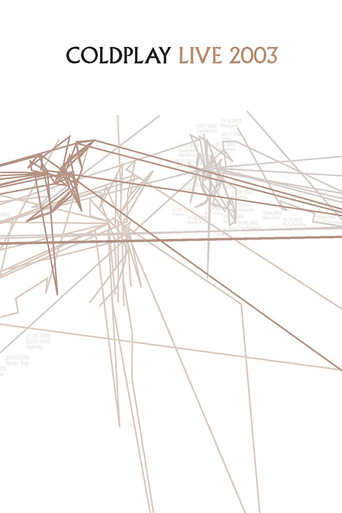 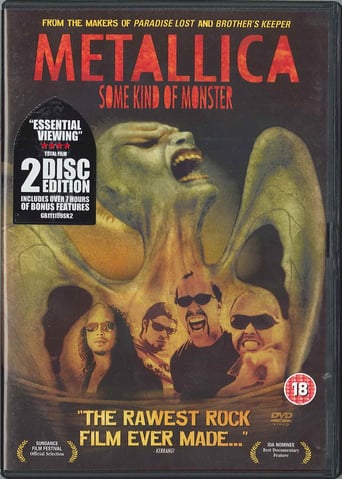 Metallica: Some Kind of Monster 2004 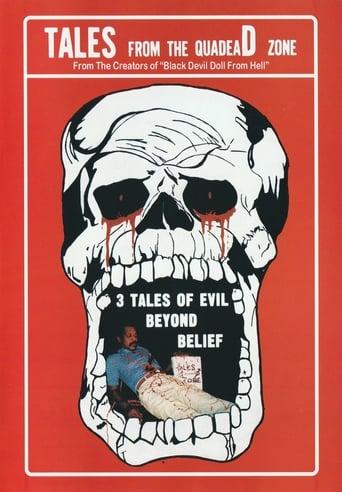 Tales from the Quadead Zone 1987 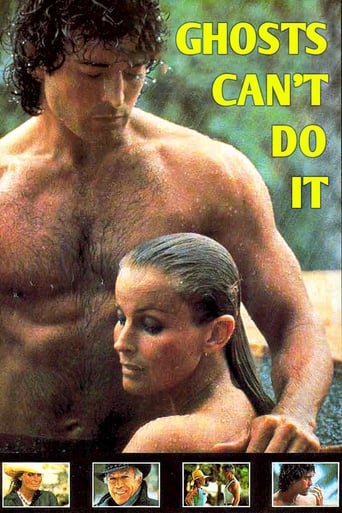 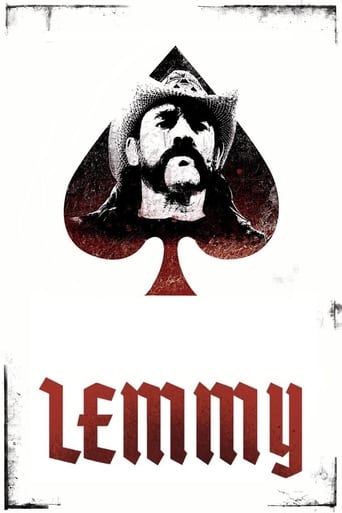 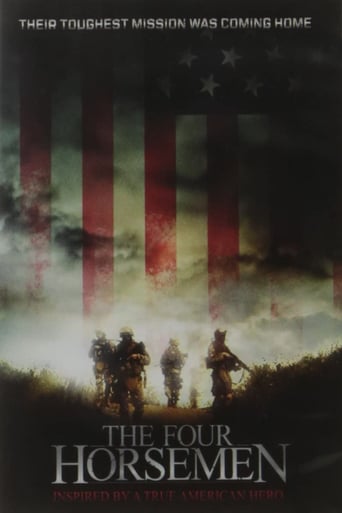 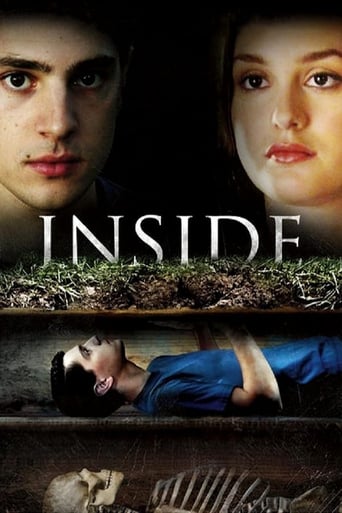 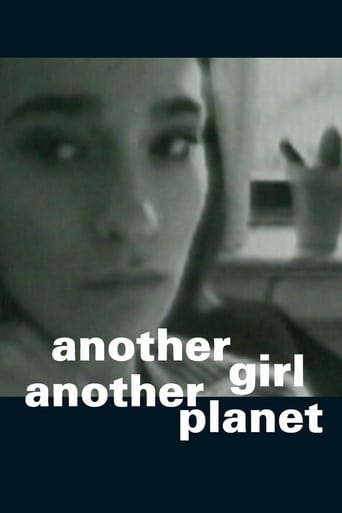 Another Girl, Another Planet 1992 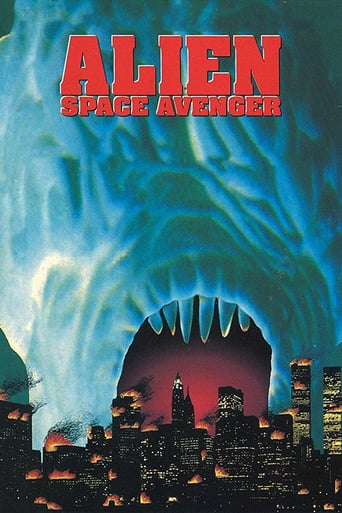 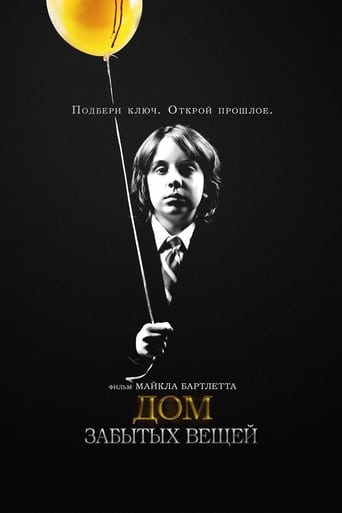