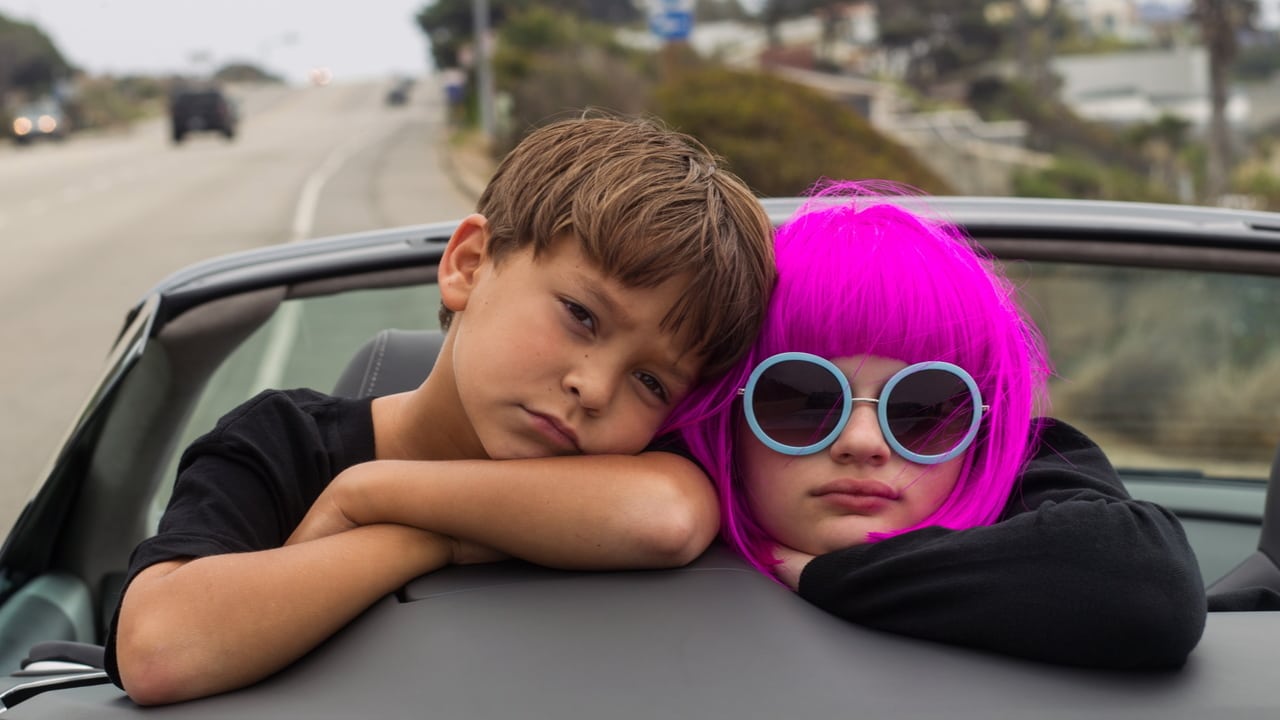 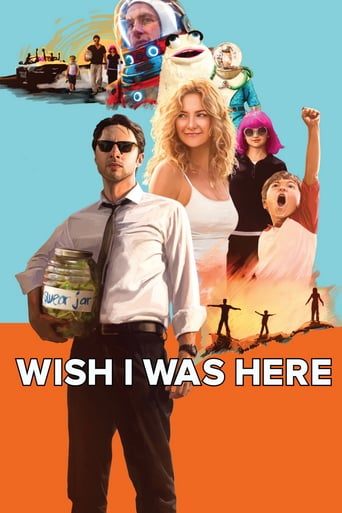 Aidan Bloom, a struggling actor, father and husband, is 35 years old and still trying to find a purpose for his life. He and his wife are barely getting by financially and Aidan passes his time by fantasizing about being the great futuristic Space-Knight he'd always dreamed he'd be as a little kid. When his ailing father can no longer afford to pay for private school for his two kids and the only available public school is on its last legs, Aidan reluctantly agrees to attempt to home-school them. Through teaching them about life his way, Aidan gradually discovers some of the parts of himself he couldn't find.

It is not deep, but it is fun to watch. It does have a bit more of an edge to it than other similar films.

This film is so real. It treats its characters with so much care and sensitivity.

Well, i guess if you are looking for a movie that is full of human emotions expressed with no words spoken that would be a good one to watch. It's a journey of self discovery through daily life struggles, though the movie is simple no plot twists, ambiguous hints or lines but it's the kinda of a daily story that might have happened to you or to someone you know. if you ain't looking for anything heavy, check this out.

I couldn't warm to this movie. The characters were too unlikable (apart from Bloom's wife). There are also a few anomalies in the plot. For example, the family at the center of the movie live in a comfortable, large house yet the husband is a struggling actor who has to rely on his dad to pay his kids school fees; while his wife works in what seems to be a mind-numbing, low-paid job. And as for unlikable characters, don't get me started on Noah! And then there's the confusing time-line. In the morning his dad is talking about going into hospital for specialist cancer treatment; then what seems like that afternoon, he's in hospital with only a short time to live. And you either like the humor or you don't - I didn't. I don't recommend it.

Besides all the Kickstarter and Scrubs brawl I'd like to comment on the movie itself. First I was excited because I really loved "Garden State". But then detail after detail popped up and I really wondered what is going on.The Cast:Some people Zach likes or knows from earlier projects are in the movie. To name a few:Donald Faison (Turk from "Scrubs"), Michael Weston (Kenny from "Garden State"), Jim Parsons (Tim from "Garden State" and of course best known as Dr. Sheldon Cooper from "The Big Bang Theory")Don't get me wrong, this does not mean that doing so is a bad idea. But all these roles are more or less obsolete. Why so? Because they don't have the time to bring something unique into their characters. You could replace them all with "ordinary" extras.Some are brilliant like Kate Hudson (Who even wasn't first choice), Mandy Patinkin and Joey King. Some remain pale like Josh Gad who plays like reading a phone book.The plotThe basic theme of this film is family and the struggle in daily life. This is set up beautifully in many shades and variations. Aidan home teaching his children for example or Sarah taking digs at Aidan when he complains about "supporting his dream".And then there are plot sidelines that sometimes distract from but also sometimes sculpt the main thought. Let's take religion as an example. Religion always glimmers through the plot. It does not matter if it's Jewish religion, it could work with others also. You could have left all of that out completely. It would not have changed anything. And that's sad. If something does not have a function (besides delivering punch lines) then get rid of it. A Scandinavian, french or German film would have been more focused on the central idea.And also there are too many of these sidelinesSchool change from Jewish to public and Grace Blooms struggle with that (including a just sketched "boy friend")Auditioning (again, just punchlines besides the connection to Aidans job later)Sarah getting harassed by her colleague (and Aidan got beat up by him). Noah and Comic Con (the connection to Aidan and his daydreams remains weak)So, nothing good at the end?All in all I would say it is a disappointment regarding "Garden State". But as you cannot compare two flowers you cannot really compare the two movies. This one is more for an older generation (35+) in similar situations. Younger people without kids won't understand some references.The soundtrack is really, really good although some people might miss Joshua Radin. But, as Zach stated in a kickstarter screening, he don't wanted to add a song just because the musician is "his best white friend".The film itself looks really good. Camera, lighting, prop design,  all very well done. (With a slight complaint about Apple product placement. Who has Apple products when money is tight? The Aston Martin is only seen once, nothing to complain here)My personal opinion is that Zach should have focused more on the leitmotif. He said in a kickstarter screening that they had to get rid of some "daydream" scenes. He'd better get rid of some of the surplus topics. I can only guess that it is not good to wait such a long time between your projects. You tend to put more into them than they can bear.A good movie but not more than that. A solid 6.5/10 and maybe watching it more times will raise that.

Aidan Bloom (Zach Braff) is a struggling actor. His wife Sarah (Kate Hudson) is tired working as the bread winner. His father Gabe (Mandy Patinkin) is paying for his kids' private school tuition. However Gabe's cancer has returned and he won't be able to pay for school anymore. His kids have to be to homeschooled. Noah (Josh Gad) is his unemployed father-hating trailer-living brother. Noah falls for his neighbor Janine (Ashley Greene) who makes costumes for Comic-con and hates him. Daughter Grace (Joey King) is falling for the dreamy Jesse.I really like Zach Braff's 'Garden State'. However there are little things in this movie that bugged me. The family doesn't seem natural at first. It feels cobbled together like a sitcom family. I don't see Kate Hudson as the mother and I certainly don't see her working in a cubicle. Again, her workplace comedy seems too much like a sitcom. It feels a little fake. The kids are cute but again, I don't believe Zach Braff is their dad. The family does grow on me over time and eventually there are some good moments.There are some slapstick that really bug me for some reason. The rabbi on a segway in the hospital is a bit too much. It's too stupid and seems out of place. I do appreciate Zach trying to add some spirituality into this movie. This has a sweet heartfelt nature but not as much charm as his first effort.

... View More
Similar Movies to Wish I Was Here 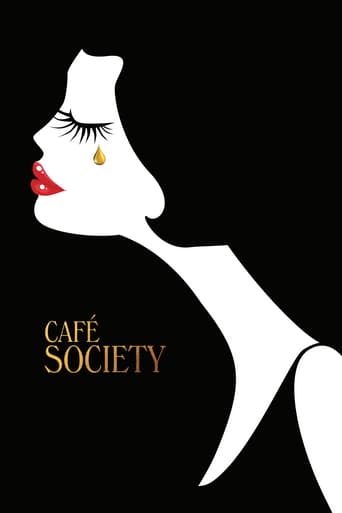 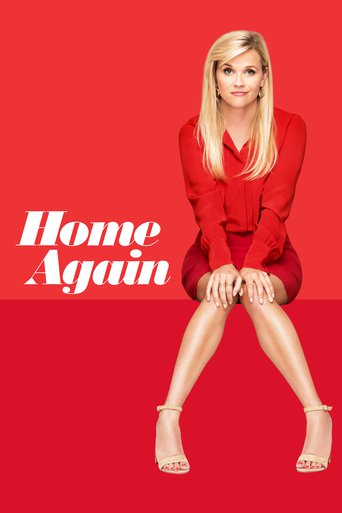 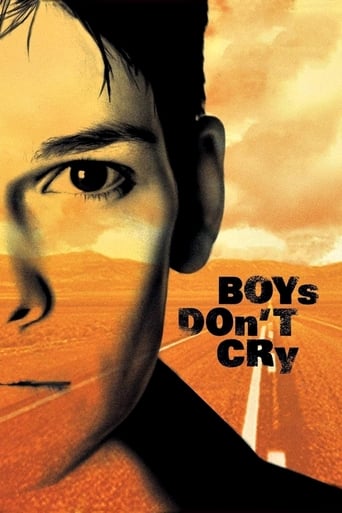 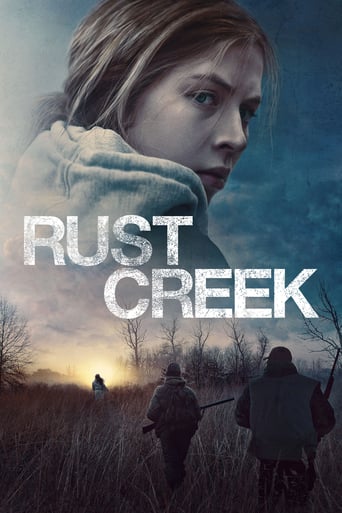 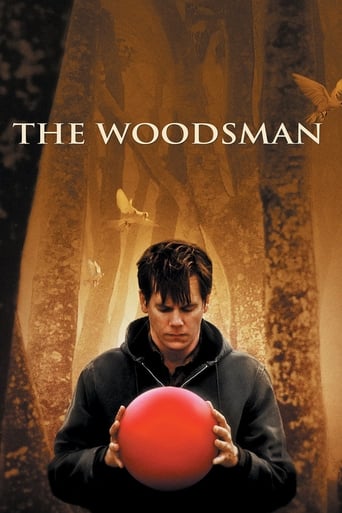 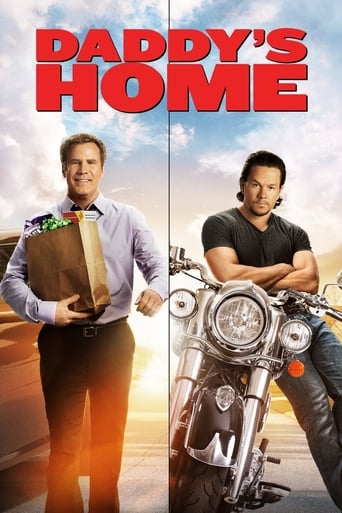 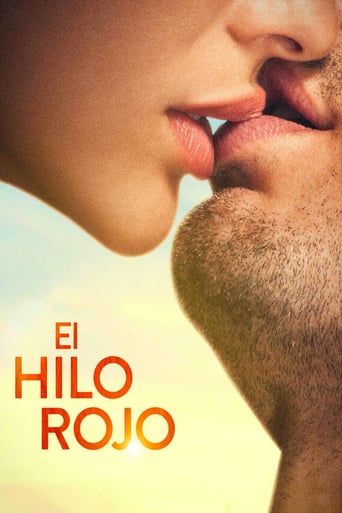 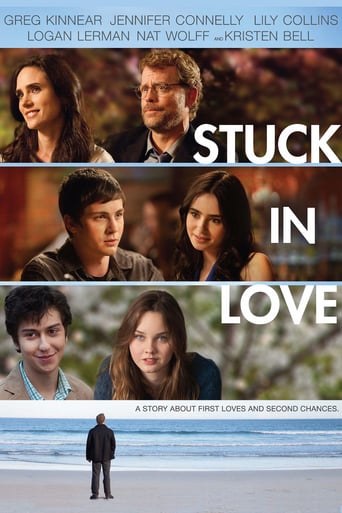 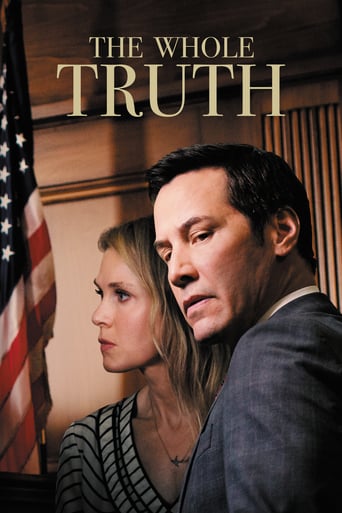 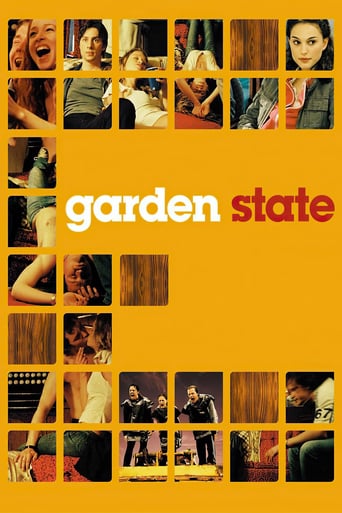 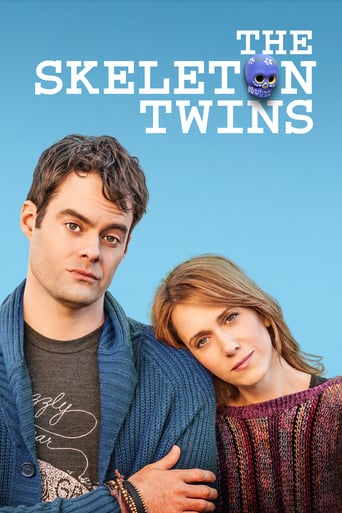 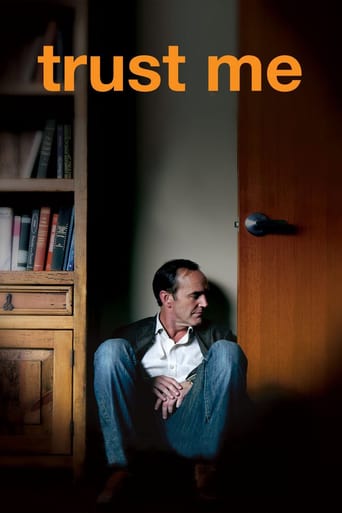 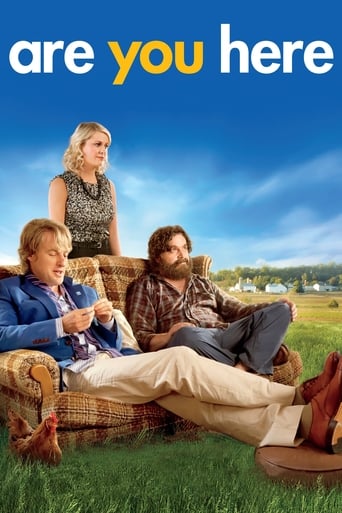 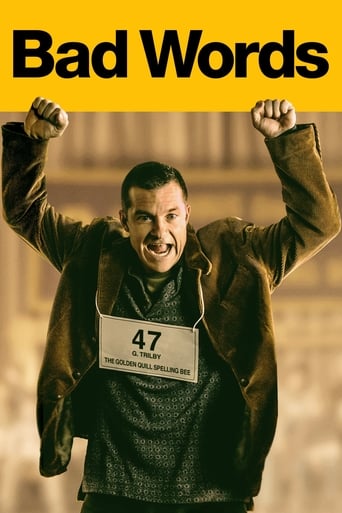 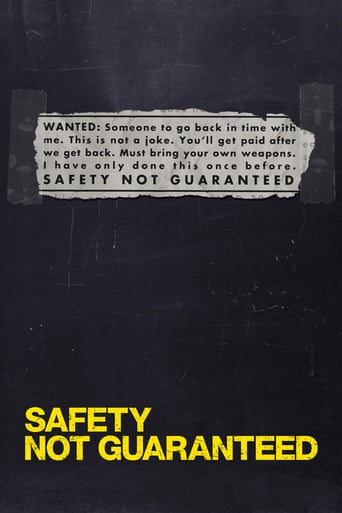 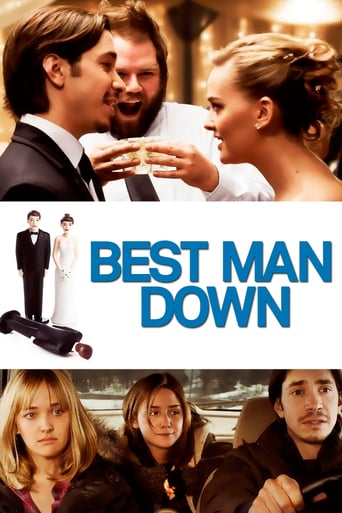 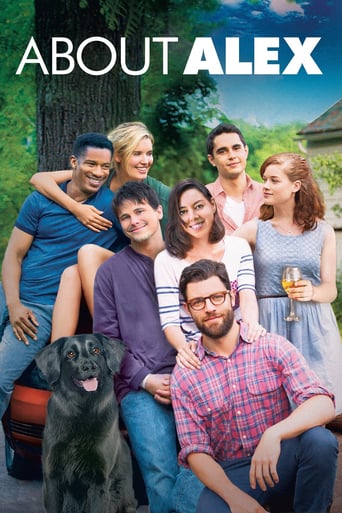 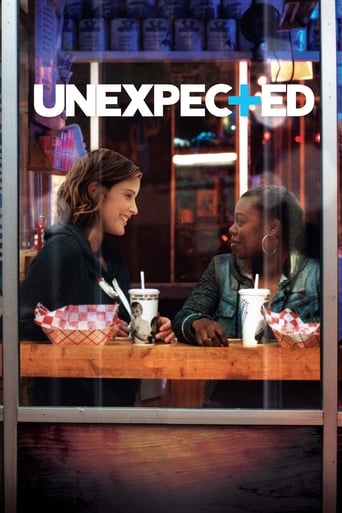 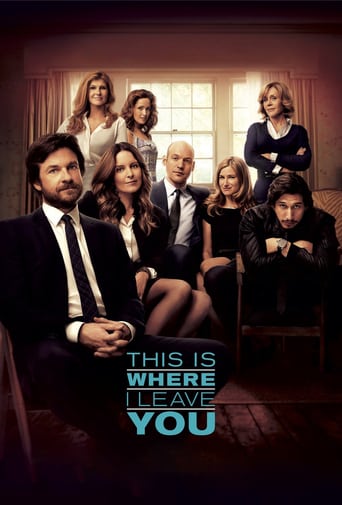