Result for "Angel Has Fallen" 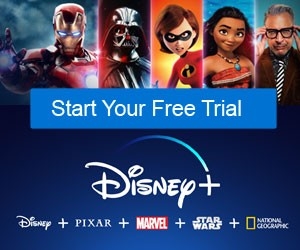 After a treacherous attack, Secret Service agent Mike Banning is charged with attempting to assassinate President Trumbull. Chased by his own colleagues and the FBI, Banning begins a race against the clock to clear his name.

Otto Preminger's classic film noir offering captures the common postwar struggle to get ahead, and one man's balancing act between two women. Dana Andrews stars as a drifter named Eric Stanton, who, after landing in a small California town, falls in love with Stella (Linda Darnell), a diner waitress. She makes it clear that she'll have nothing to do with Eric unless he has some money, so he hatches a plan to marry June Mills (Alice Faye), a wealthy reclusive spinster who is in love with him. Unfortunately, right after the wedding, Stella turns up dead, and the blame is placed on Eric.

Based on the Roth Trilogy of novels by Andrew Taylor, Fallen Angel tells the story of Rosie Byfield, a clergyman's daughter, who grows up to be a psychopathic killer. It has an unusual narrative that moves backwards in time as it uncovers the layers of Rosie's past.

When his father dies, Terry (Gary Sinese) returns to the house where he grew up, planning to stay only long enough to clean and settle the estate. Yet something indescribable keeps him there longer than expected. Soon, he is reunited with memories and people from his past and his life is changed forever.

Fallen Angel is an ITV series broadcast on 11–13 March 2007 based on the Roth Trilogy of novels by Andrew Taylor. It tells the story of Rosie Byfield, a clergyman's daughter, who grows up to be a psychopathic killer. It has a unique narrative that moves backwards in time as it uncovers the layers of Rosie's past.

A serial killer, whose victims are men with similar pasts, is tracked by a policewoman.

The Sky Has Fallen Movie

Within a couple of hours, a new disease wipes out almost all of mankind. Trying to avoid infection, people flee to remote locations, but they start seeing mysterious black figures, carrying away the dead and experimenting on them. Now, Lance and Rachel, two survivors determined to fight back, must kill the leader of these creatures before the rest of humanity disappears

In London for the Prime Minister's funeral, Mike Banning discovers a plot to assassinate all the attending world leaders.

When the White House (Secret Service Code: "Olympus") is captured by a terrorist mastermind and the President is kidnapped, disgraced former Presidential guard Mike Banning finds himself trapped within the building. As the national security team scrambles to respond, they are forced to rely on Banning's inside knowledge to help retake the White House, save the President and avert an even bigger disaster.

On September 19, 1973, the musician and heir to a million-dollar fortune died under the influence of drugs and alcohol near his favourite place - the Joshua Tree National Monument in the Californian desert. As the founder of the Flying Burrito Brothers, a member of the hit-making, legendary Byrds, an important influence on the Rolling Stones and the man who catapulted Emmylou Harris to fame, Gram Parsons made music history in only a few years. Friends, contemporaries and devotees of Gram Parsons talk about the importance of his work and the bizarre circumstances of his early death. Rare footage of his performances shows why Gram Parsons has become a legend. Interviewees include Gram's wife Gretchen, his sister and his daughter, Keith Richards, Emmylou Harris, Chris Hillman and "Road Manager" Phil Kaufman.

On Aaron Corbett's eighteenth birthday, he begins exhibiting strange abilities, such as the ability to talk to his dog, Gabe, and other animals, leading to the conclusion that he is a Nephilim, the offspring of a human and an angel. Now Aaron must defend himself and his family from the Powers, warrior angels dispatched to Earth to eliminate the Nephilim "abominations", while trying to find a way to live a normal life. He is befriended by Ezekiel, an eccentric but kind-hearted fallen angel, and the former leader of the Powers, Camael. It is revealed Aaron is the Redeemer of prophecy, a Nephilim with the ability to "redeem" the fallen angels and return them to Heaven. After a battle with the Powers, resulting in the apparent death of Ezekiel, Aaron leaves his adopted family and joins Camael in order to fulfill his destiny.

The main action in this film is the pair of people falling gently from the sky. We never see their final impact, or even how they come to be falling in the first place, but we are privy to the reactions, or lack there of, from all the by-standers below.

A documentary about families with military man who serve abroad.

A humanizing look at line-of-duty police deaths across the country, and how these losses effect those close to the fallen, as well as the communities they serve.

Lucinda Price is sent to a reform academy under the assumption that she has killed a boy. There, she meets two mysterious boys, Cam and Daniel, to whom she feels drawn to both. But as the love triangle unfurls, it is Daniel that Luce cannot keep herself away from, and things begin to take a darker turn when she finds out his true identity.